Animations for the strong of heart, but weak of mind.

As you’ll know, if you’ve been following my projects for a while, or seen any of my talks, one of my favorite things to do is find something thats good, in this case, the increasingly awesome set of CSS api’s for animations, and see what terrible things can be made from them.

Obnoxious.css is an exploration into what kind of freakishly frustrating things you can do with CSS animations on the web, the project itself is modeled after Dan Edens Animate.css. 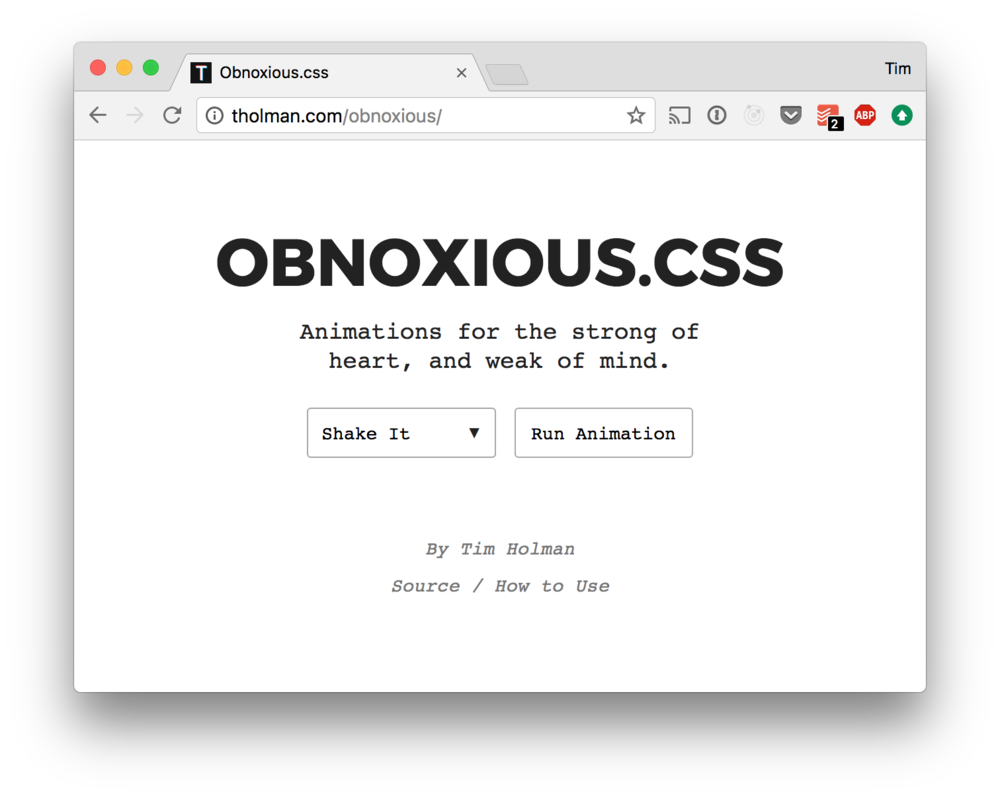 The key to bad animations is fairly simple really, make them move to much, make them run to long, make them flash and jitter! All of these terrible components have been compiled into the Obnoxious.css library!

The crowining glory of these animations, is “fontalicious”, which contains a devestatingly frustating series of font changes.

I always find that when you explore the way things SHOULDN’T be used, you get a little bit of appreciation for how good we ultimately have it.